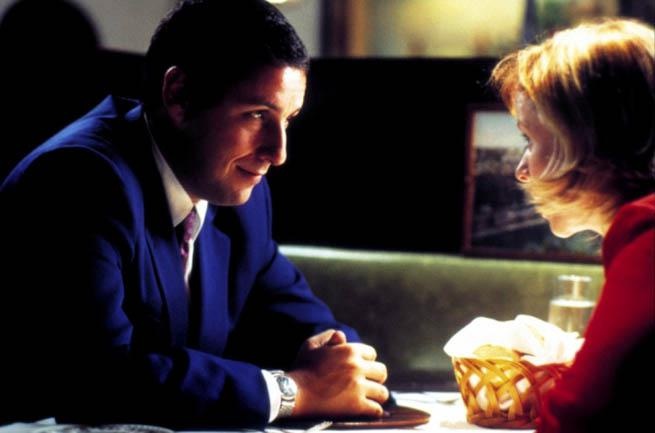 Before Adam Sandler disappeared into misjudged comic obscurity he found his most perfect role as Barry Egan in Paul Thomas Anderson’s heartbreaking fourth feature: the blue-suited, coupon-collecting small businessman with anger issues is both a wretched and hilarious creation.

Two women come into his life, an angel and a devil, ricocheting Barry between salvation and destruction. PTA refuses to get sentimental at either prospect, instead relishing the absurd moments that help get is through the dark days. Signatures from the man who later sealed his rep with There Will Be Blood and The Master sing out: predatory camera; exquisite sound design; Philip Seymour Hoffman.

We selected Punch-Drunk Love from the Anderson oeuvre because as well as being a technical marvel to be admired and deconstructed, it’s emotionally available (like Larry at his best) and packs an extraordinary punch.

Preceeded by a presentation 'The Cinema of Adam Sandler'.