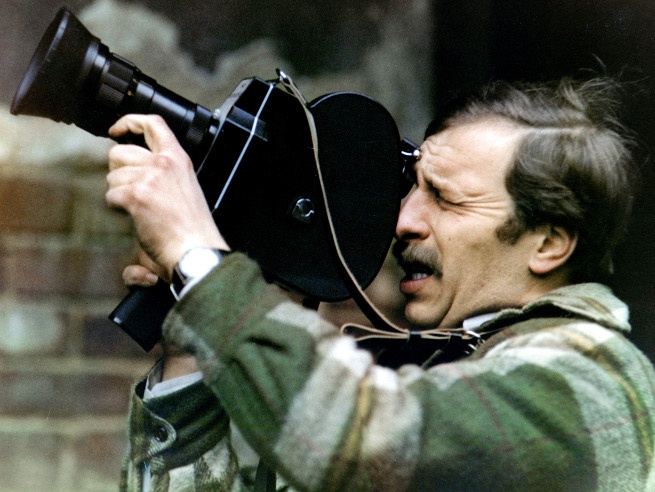 Camera Buff is Kieślowski’s most autobiographical film. It follows Filip (Jerzy Stuhr), a factory worker who has recently acquired an 8mm camera which he uses to film his newborn daughter. After Filip films some celebrations at the factory, as requested by his boss, he begins to see how his hobby can be turned into art, and perhaps change his life.

This superb feature film is a masterclass in form and stylistic language. Filming a reality that we struggle to fully understand, the protagonist records his own life in an attempt to find answers about himself. It’s drama-documentary at its best.