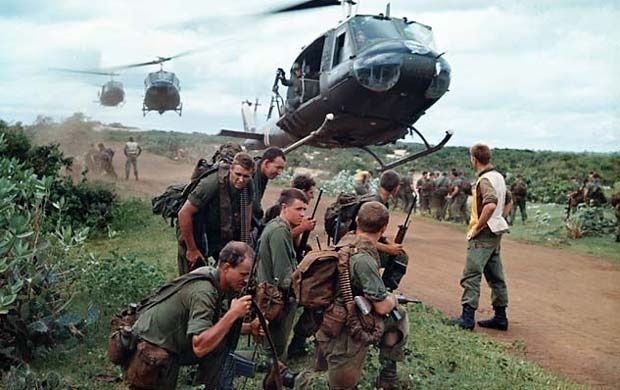 "The ultimate victory will depend on the hearts and minds of those who actually live out there." President Lyndon B. Johnson

"The classic antiwar documentary of the Vietnam era." George Herring

"A vital link in a subversive people's cinema, clearly realigning history as a never-ending series of crimes perpetrated by the powerful upon the innocent." The Village Voice

The thirtieth anniversary re-release of this acclaimed documentary look at the Vietnam War, a film that has had a lasting impact on all cinematic representations of the war ever since. Director Peter Davis assembles newsreels, interviews and documentary footage shot in Vietnam and the US to create a searing and incisive thesis that carefully balances both the Vietnamese and American experiences of the war. Davis takes us from the real, hidden reasons for the war through the horrors of the actual fighting itself as he focuses on the mindset of troops on both sides, and on to the devastating after-effects suffered by American veterans.

The film offers a complete view of the war from build-up to aftermath, and the range of voices heard, images seen and thoughts provoked is cumulatively staggering and emotionally affecting. In the end, the film is most about the divisions within American society caused by the disastrous extended intervention in the region.

A firestorm of controversy greeted the film upon its initial release in the mid-70s (Frank Sinatra denounced it on-stage after it won the Best Documentary Oscar) and it still has the capacity to ignite furious debate today, so effectively does the film transcend its specific subject to speak of war in general.