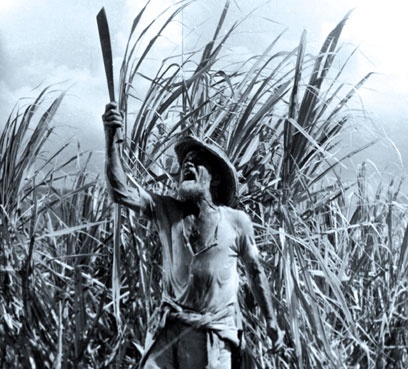 Soy Cuba (I Am Cuba)

A masterclass in bravura movie-making, this dazzling, delirious epic of Communist propaganda has to be seen on the big-screen to be fully appreciated. Made in 1964 but virtually unknown and unseen until its initial re-release in the mid-1990s, Soy Cuba takes the viewer on a journey from the decadent 'pools and parties' milieu of Cuba under Batista, into the world of poverty and oppression created by US imperialism before finally emerging into a revolutionary dawn.

Russian director Mikhail Kalatozov (The Cranes are Flying) and cinematographer Sergei Urusevsky create staggering sequences with the camera performing seemingly impossible feats. The politics may be naïve but such is its power and beauty that you can't help but be stirred by this one-of-a-kind experience.

This new print of Soy Cuba is the English-subtitled, full Spanish-language version previously unreleased in the UK.