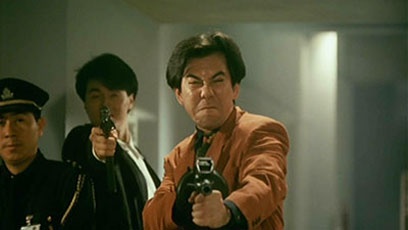 Chow Yun-Fat is a top cop out to avenge the murder of his partner and Tony Leung is an undercover agent who team up to topple a triad gang in this highly influential action-thriller from a pre-Hollywood John Woo.

The screening on Monday 5 February will be introduced by Hot Fuzz director Edgar Wright.

Edgar Writes: "Hard to beat. To this day and by some measure Hard Boiled remains the benchmark for relentless, thrilling, visceral action. Still the most action packed 2 hours of celluloid in cinematic history. John Woo hits a delirious high in his Cantonese career with a fistful of amazing set pieces that put other directors whole careers to shame. From the white knuckle teahouse opener to the relentless hospital closer, the film has more show stoppers than an MGM musical.

Clench your toothpick in gritted teeth and enjoy all over again."