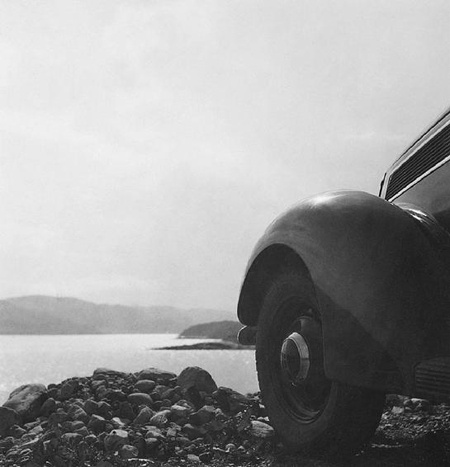 Commissioned by the Finnish Foreign Ministry, Finland Calling appeared in a number of incarnations between 1932 and 1940, culminating in this version, which was first presented at the 1939 World Expo in New York. Ostensibly a state-sponsored promotional tool, the film nevertheless transcends the terms of its brief in a manner that epitomizes Aho & Soldan’s filmmaking.

Taking in scenes of industry, leisure, and the buzz of city life, the collage of images is reminiscent of the avant-garde city symphony films of Walter Ruttmann and Dziga Vertov. With both form and content emphatically connoting movement and progress, Aho & Soldan’s montages are emblematic of a thriving nation fully in step with the contemporary modern era.

Aho & Soldan’s success as a company was due to their proclivity for presenting perhaps otherwise fairly dry subject material in visually engaging fashion. In a commercial film such as Atlas, for example - commissioned by a knitwear brand - the camera is more interested in the tactility of the fabrics and the intricate motions of industrial looms than in the garments themselves. Similarly, in the industrial film Outokumpu, close-ups of bubbling molten ore hold an almost mesmeric quality.

As such, despite their commercial raison d’être, these trade and industry films sit comfortably alongside cultural and ethnographic pieces, represented in this collection by Eiko Mäkinen’s Kaako-Junnon Parannustaikoja.