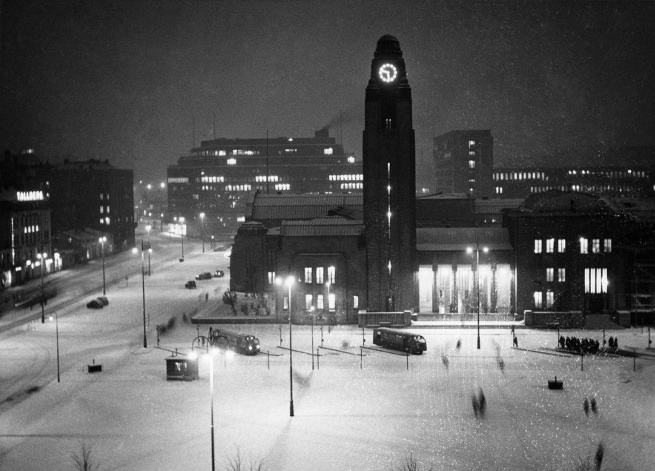 This film will be introduced by Olaf Möller and film historian Bernard Eisenchitz.

Helsinki, Forever was a breakthrough for Peter von Bagh, a film that drew on decades of filmmaking, writing, researching and curating. The film added another dimension to Peter von Bagh’s ongoing discussion about the history of Finland, as seen through its culture, icons, music, cinema, literature and politics.

It is a unique film in the way it portrays the city of Helsinki through a dazzling amount of sensitively edited images, music and texts extending over several decades. In a letter to Peter von Bagh, the filmmaker Chris Marker wrote:

“Few movies may boast a stronger opening sequence, and few movies offer such an extraordinary finale… Helsinki, Forever deserves its rank among the great ‘city-poems’… With the choice of incredible documents and the unfailing mixture of both musical items, editing and score, you made an unforgettable film.”