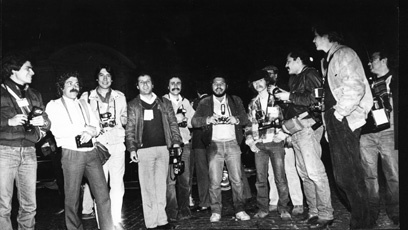 During Pinochet's long regime, a motley crew of photojournalists shot and framed Chile's people and turmoil from many points of view. In the streets, in the middle of bloody riots and protests, these fearless photographers learned their craft and created many of the now legendary images which helped focus world attention on the Pinochet regime's repressive tactics. For them, taking pictures was a form of involvement, even resistance, a way of being more than mere spectators but vital actors. Pinochet had the power and the guns, but these photographers had the camera - the people's weapon. They lived dangerously and they lived to tell. This is their story.

A Q&A with the director Sebastián Moreno Mardones will follow the screening.