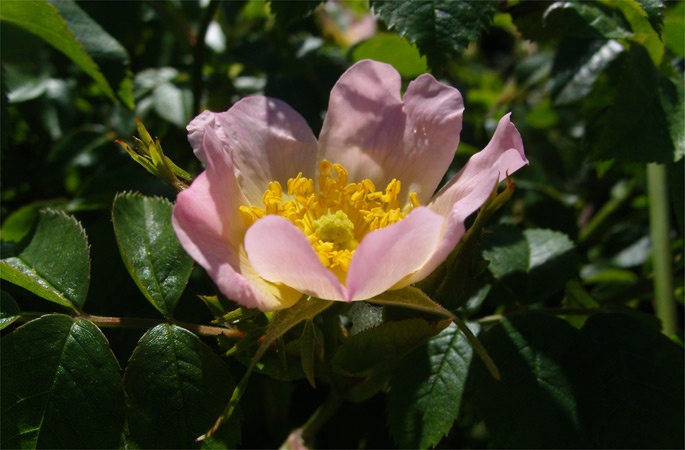 Born in 1975 in Suffurn, New York, Margaret Salmon lives and works between Kent, and New York. She creates filmic portraits that weave together poetry and ethnography. Focusing on individuals in their everyday habitats, her films capture the minutiae of daily life and infuse them with gentle grandeur, touching upon universal human themes. Adapting techniques drawn from various cinematic movements, such as Cinema Vérité, the European Avant Garde and Italian Neo-Realism, Salmon’s orchestrations of sound and image introduce a formal lyricism into the tradition of realist film. Margaret Salmon won the first Max Mara Art Prize for Women in 2006. Her work was shown at the Venice Biennale in 2007 and the Berlin Biennale in 2010 and was featured in individual exhibitions at Witte de With in Rotterdam and Whitechapel Gallery in London among others.

This survey presents several works from Salmon’s practice including London premieres of her most recent films: The Enemies of the Rose (2010), Times Square (2010), Man in Truck (2010) as well as earlier pieces.

The Enemies of the Rose, 16mm film transferred to DVD, 5 min, 15 seconds, silent, (2010)
The Enemies of the Rose was made in Margaret Salmon’s garden in Kent, UK. The dramatic, yet symbolic title is taken from a guide by the National Rose Society of England. The book describes the many pests and diseases that can affect a rose. The footage follows a progression through the garden, from day to night. It presents a poetic sketch of the minute narratives, movements and relationships within this supposedly domesticated space. The work looks at color and form, performance and abstraction within everyday activities and organisms.

Times Square 16mm film transferred to DVD, 15 minutes, silent, (2010)
Times Square is a film in the tradition of New York street photography. People coming to this mythical place to witness the spectacle of bright lights and signs are filmed while they are in the electronic bubble. The film deals with the quality of light and glowing colors, particular to Times Square, while following the interactions and responses of members of the crowd to this spectacle of light and image. It is a reflection on image making and public posturing, an observational account of tourists gleaning mementos from the pulsing square.