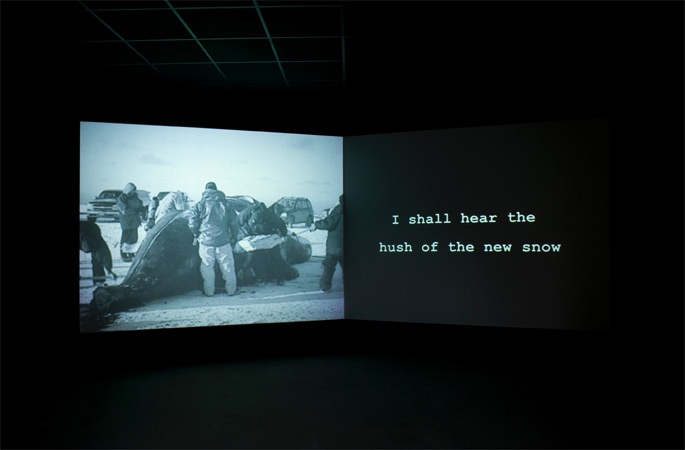 Grace Ndiritu's practice seeks to examine the complex ways in which we consume images of otherness, be they uncanny locations or other notions of foreignness. This survey explores her diverse range in thematic subjects, unique conceptual frameworks and radical filmmaking processes. Including critically acclaimed early films such as The Nightingale (2003) and her series My Blood Self (2006-2008), in which she evokes the history of feminist performance video through the impact of war, global politics and poverty, the programme also features London premieres from her series Journeys North (2009) made in Alaska, and her latest work, A Week In the News (2010).