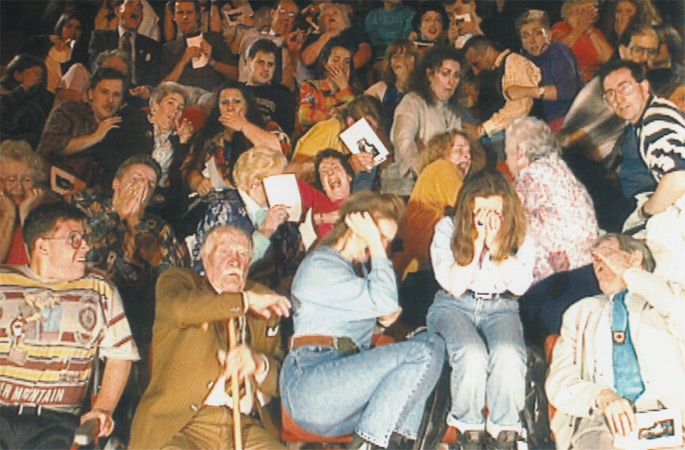 From his early performances in the 1960s Breakwell has worked in a diverse range of media, from painting to film, video, performance and installation.

This survey features his groundbreaking work Auditorium (1993), made in collaboration with composer, Ron Geesin. In this film Breakwell and Geesin studied audience reactions across the UK in a variety of theatrical settings, taking fly-on-the-wall photographs and video footage with sound recordings using parabolic microphones and 'bugged seats'. Their hypotheseis was that in dynamic live theatre the audience becomes part of a two-way performance, radiating an equivalent range of emotional expression to that emanating from the stage. They went on to work with and eventually record a 50-strong 'performing audience' at the Hawth Theatre.

Ian Breakwell (b.1943 – d. 2005) studied at Derby College of Art, the West of England College, Bristol and lived and worked in London. In 2010, QUAD in Derby held a retrospective of his work.