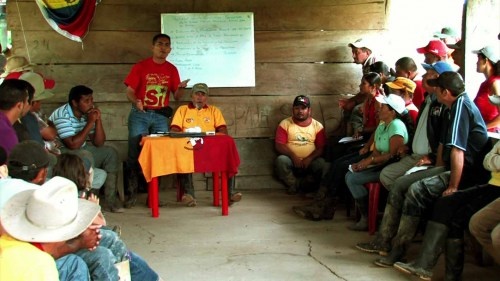 During the course of the Chto delat? exhibition the ICA cinema hosts a weekly screening event addressing filmmaking which exists at the intersection between art, and social and political activism. Focussing on both historical examples, and the work of leading international contemporary practitioners, this programme uses key short and feature films as the starting point for discussions between the filmmakers themselves, and other invited speakers.

6 October, 8:45pm
Marcelo Expósito, Not Reconciled (Nobody Knows What a Body is Capable Of)