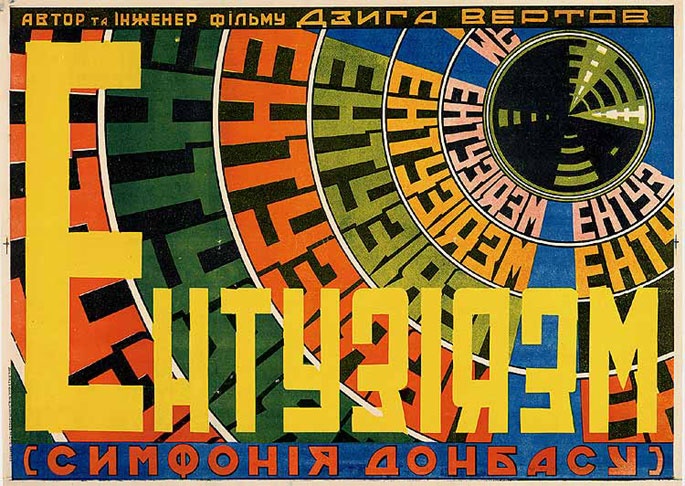 During the course of the Chto delat? exhibition the ICA cinema hosts a weekly screening event addressing filmmaking which exists at the intersection between art, and social and political activism. This week the ICA is pleased to be showing Enthusiasm (Symphony of the Donbasss) (Dir. Dziga Vertov, 1931), which will be introduced by author Owen Hatherley.

Dziga Vertov’s first sound film, Enthusiasm, captures the lives of coal-miners in the Donbass region in Eastern Ukraine. The workers struggle to meet the quotas set for them under Stalin’s First Five-Year Plan, initiated in 1928 to strengthen the USSR’s industrial and agricultural economies. Enthusiasm is noteworthy for its experimental use of early sound technology. Vertov liberated the recording equipment from the studio and shot sound on location. The film has no narrative, no actors and no script and received little attention within the Soviet Union, but was widely praised elsewhere.

Owen Hatherley is a British academic and journalist based in London who writes primarily on architecture, politics and culture. He is the author of Militant Modernism (Zero, 2009) and his second book, A Guide to the New Ruins of Great Britain, an urban travelogue, will be published by Verso in the autumn.