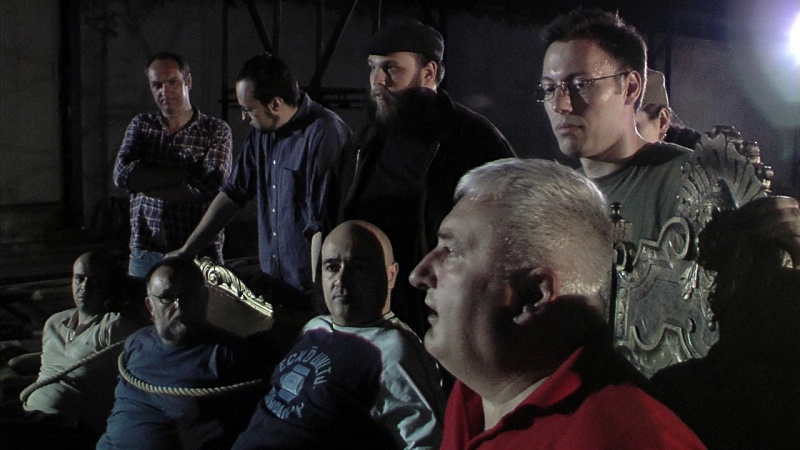 During the course of the Chto delat? exhibition the ICA cinema hosts a weekly screening event addressing filmmaking which exists at the intersection between art, and social and political activism. The ICA is pleased to present the UK premiere of The Old School of Capitalism (Dir Želimir Žilnik, 2009), followed by a conversation between Želimir Žilnik and Ger Duijzings, Director of the Centre for South-East European Studies and Co-Director of the UCL Urban Laboratory.

Žilnik is known for making socially engaged films and for criticising the culture of censorship that was commonplace during the Yugoslav communist era. During the early 1970s, his works were frequently censored for their advocacy of freedom of speech and for their portrayal of student demonstrations. His latest film, The Old School of Capitalism, addresses the first wave of workers’ revolts to hit Serbia after the advent of capitalism. Following the bankruptcy of a factory, workers begin to protest against the management, helped by an anarcho-syndicalism group. A Russian tycoon, a Wall Street trader and US Vice President Biden's visit to Belgrade unexpectedly complicate events along the way. The film produces an increasingly complex and yet unfailingly lively account of present-day struggles in Serbia.