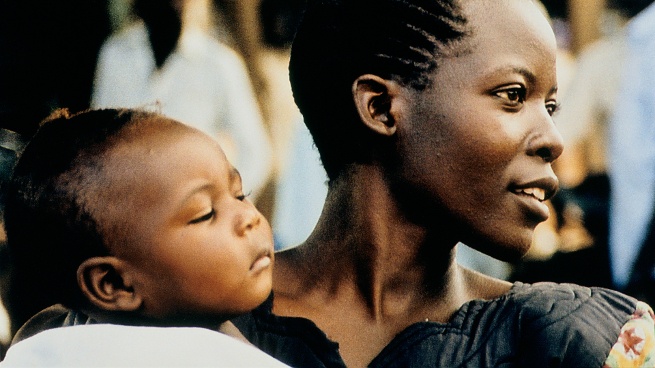 In many ways a departure for Kiarostami, ABC Africa also marks a return for the director to the subject of his earliest works: the resilience of children in the face of adversity. Kiarostami was commissioned by the United Nations to make a documentary about a group of Ugandan women organizing to save children orphaned by AIDS. The documentary reveals the beauty and spirit of a country and its people, while highlighting the plight of the thousands of Ugandan children orphaned by civil war and the AIDS crisis.