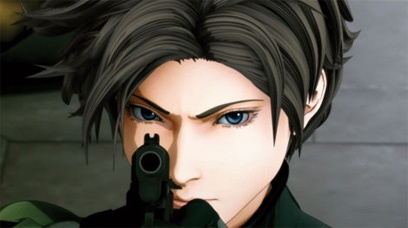 A stunningly realised science-fiction tale from the team behind the groundbreaking, all-CG anime Appleseed. Although indebted to such genre classics as Escape from New York, RoboCop, Mad Max 2 and Dune, director Sori (who made the live-action manga Ping Pong) and screenwriter Handa have come up with a story that feels provocative and original. In the year 2077, Japan has withdrawn from the world community after defying international treaties on the development of bio-technology. With an electromagnetic field to stop people getting in or out, nobody beyond the fortress country has any idea what's happening within its borders. Having set the global stage, the action begins when the US send an elite team of commandos - the SWORD unit, led by Vexille (voiced by Meisa Kuroki) - to bring back information on Japan's robotics programme. What they find there comes as a major shock, prompting a pell-mell series of exciting set-pieces as Vexille and a small rebel force go up against the country's corporate rulers. This is a vividly-rendered fantasy that should appeal to anyone who likes far-flung adventures, be they animated or not. However, for hardcore anime fans, this is the one you've been waiting for.