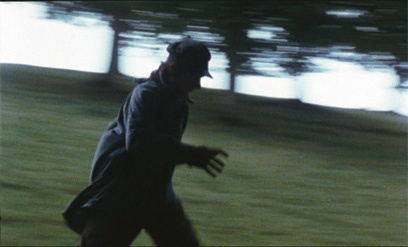 Back to Normandy (Retour en Normandie)

It's taken a while for acclaimed French documentarist Nicolas Philibert to produce a follow-up to Être et avoir, but it's been well worth the wait. The result is a wondrously subtle film, and arguably the director's very finest achievement to date. Philibert served as assistant to René Allio on the latter's 1975 film about the 19th century murder that inspired Foucault's book I, Pierre Rivière, Having Slaughtered My Mother, My Sister and My Brother... Three decades on, he returned to the Normandy countryside to catch up with the locals he helped cast in that movie. It's a deceptively simple conceit for a documentary, which Philibert uses as a starting point to develop and explore a remarkably rich range of interrelated themes: memory, history, motivation, madness, family ties, rural life and death, different kinds of documentation and, of course, the cinema. Never a mere exercise in nostalgia, Back to Normandy is warm, wise, funny and philosophical - in the best and most accurate sense of the word - as Philibert takes a trip into a past that is both personal and, in more ways than one, political. A film of admirable understatement, modesty and discretion, it is also, by the end, enormously moving.