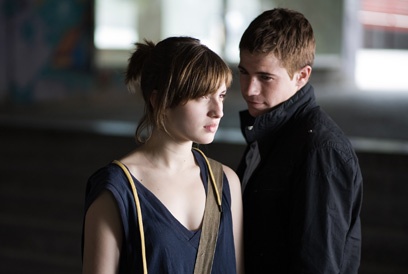 Brought up in a children's home, Alex (Juan José Ballesta) finds employment at a hairdressers, but trust is not easy to find when faced with the prejudices that accompany who he is and where he's come from. As such, when temptation comes knocking he is unable to resist. Searching for his mother, from whom he was separated as a small child, he perfects the tricks of the pick-pocketing trade, peddling his finds to an acquaintance of his mother who runs a shabby antique store. Then he meets Sara, a girl from the other side of the tracks who likes to flirt with shoplifting, and a new relationship is forged as they move away from his habitual haunts to bigger and more dangerous propositions. Marqués' debut feature is a poetic examination of marginality and delinquency. It avoids the gritty language of realism in crafting a dreamlike, at times almost balletic, reflection of the politics of belonging. There is something of Jean Genet's visual language in Ladrones but Ballesta's moving performance as the vulnerable young adult who sees few options available to him, lends the film a welcome compassion and avoids easy judgments or facile sentimentality.