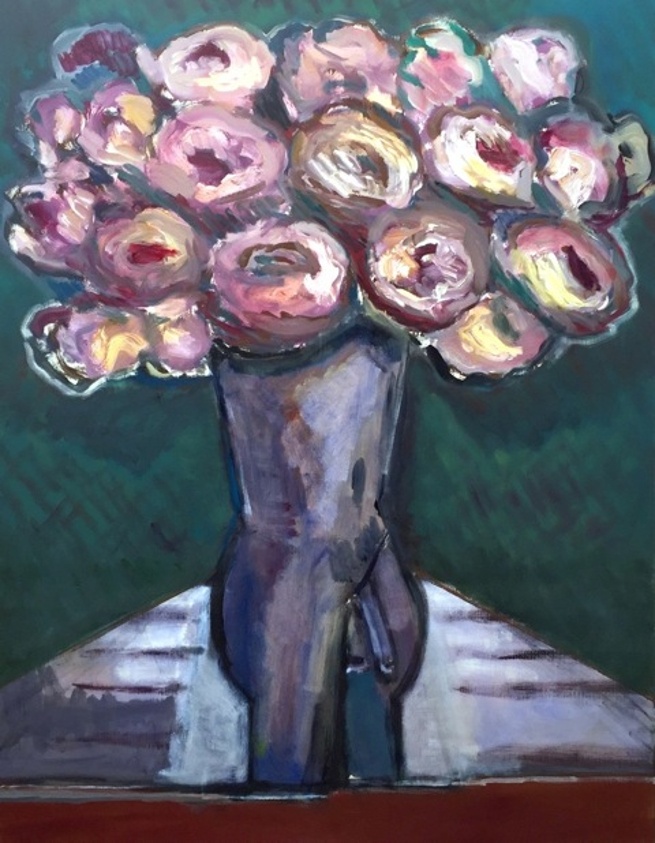 On resistance in painting

"Personally I like the way that paintings can be so non-compliant - that it's in their material nature to behave badly.  You could say that paint is resistant; it seems always to want to change to rules, upset the status quo, to resist fixed interpretation."

For the first of the 2016 Stanley Picker lectures, South African artist Ansel Krut discusses his latest series of works, in relation to the theme of ‘resistance’ and the contemporary relevance of flowers.

... I have made these paintings in a kind of white heat, throwing myself into painting more completely than I have been able to do for some years ... and I think that it has forced me into something more elemental in my own working practise.  Perhaps something more fundamental to myself as an artist.  All bar two of the images are of flowers. It is a theme I stumbled into... I have always painted flowers, maybe one or two paintings a year, but this is the first time I have settled on them as a theme for an exhibition. Historically I suppose flowers as a subject tend to be thought of as being slightly domestic, bourgeois, but of course if you look closely at flowers they are incredibly exotic, sometimes they are unbelievably so, almost to the point of seeming extraterrestrial. It is a strange thing for them to be cut and displayed as decoration, tamed as it were. I suppose I try to express this strangeness by juxtaposing them with the strangeness of their containers, vases that resemble bodies, or have something of the body about them.  Sometimes the flowers are not in vases but bound together, another kind of forced relationship...

I have painted flowers that have personal meaning for me, some I grew up with in South Africa and some I got to know later....  With one exception I have not felt the need to have the flowers in front of me when I painted them... The 2 paintings that are not of flowers are both of books burning their own content. The idea of books being burned is so freighted and seems to me to touch on something of the current climate of cultural destruction - but that they should be destroying themselves seems even more ramped up and potent. The self-awareness that this implies is shared by the flower paintings, and ...there is l think ... a compelling overlap of interests.