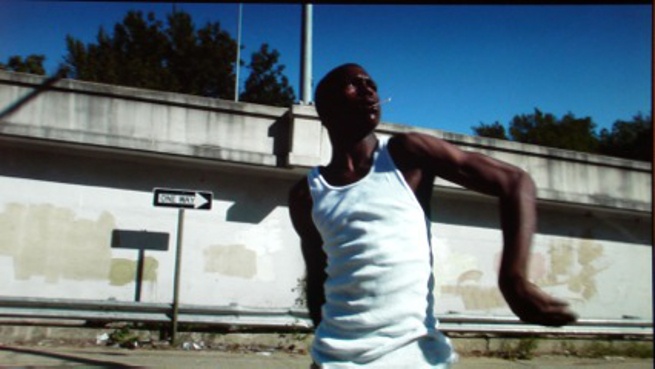 A discursive Q&A, illustrated with award-winning short films. Alex Reuben explores directing in relation to sound, choreogeography and how we perceive cinema.

The masterclass features exclusive extracts from his current project Cinderella (RockaFela), supported by The Wellcome Trust and Arts Council England, and filmed in Brazil.

This masterclass is designed for 16-24-year-olds and will take place from 4-5pm after the screening of Waste Land.

Alex Reuben is an award-winning filmmaker with a background as a DJ and in art and design. He makes movies characterised by dance, politics and music. Routes (Dancing to New Orleans)—a road-movie set during Hurricane Katrina—was selected in the Top 20 Movies of the Decade (Geoff Andrew, BFI/Time Out).

He has been commissioned by ACE, Sadler’s Wells, Channel 4 TV, DanceDigital and the BBC, with awards from the British Council and Jerwood.