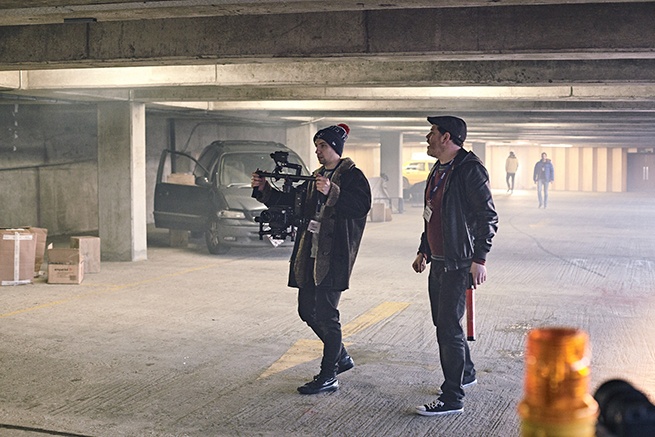 This practical day-long workshop led by director Marc Price gives young filmmakers the opportunity to work alongside actors, enabling participants to have a greater understanding of how to get the best performance and ultimately enhance their story by working and communicating with actors more effectively.

Each participant engages with two actors in acting exercises and improvisations overseen by Marc, including scenes from films they are working on. They will also explore a range of key skills that can be employed in working with actors looking at issues that may arise in casting, rehearsal and shooting.

Marc Price is an internationally award-winning writer/director with over ten years experience in film and television. One of his most successful films to date is Colin, an internationally-renowned feature completed on a minuscule production budget. Colin received a wealth of critical acclaim and screened at the Cannes Film Festival, Raindance and Frightfest, as well as winning six awards around the globe including Best Feature at Raindance and a nomination at the BIFA awards for Best Feature.

Marc’s second feature Magpie was released theatrically in the US and UK and features on Amazon Prime Movies. Marc has also directed for Film 4’s Frightfest and is developing a number of television series with CBBC, Lime Pictures and E4 along with a zombie-based show for CBBC.