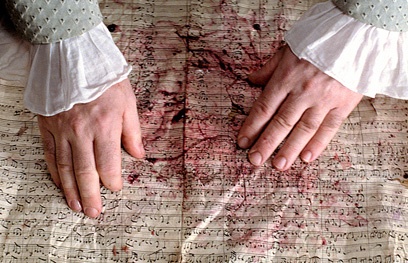 Part-fiction, part-documentary, The Silence before Bach offers an intelligent and often very witty treatment of Bach's legacy. This is no attempt at traditional historical reconstruction but rather a contemplation of the ways in which Bach's music pervades the contemporary world and its physical landscape. As such, moments from Bach's life are juxtaposed with footage of a guide who offers Bach-themed tours for 21st Century fans. A lorry driver takes time out by playing Bach on his bassoon before crashing out in the anonymous motel rooms of the modern era. Bach's Goldberg Variations appear, played by an errant pianola or a small harmonica. Pere Portabella, one of Spain's most adventurous filmmakers and the producer of such films as Buñuel's Viridiana and Saura's debut feature The Hooligans, weaves together these different tales and vignettes to offer an examination of the ways in which cinema can engage with music in visual terms. The result is a playful, idiosyncratic and elegantly complex cinematic essay that moves across centuries to probe the interrelationships between music, craftsmanship, identity, history and myth.