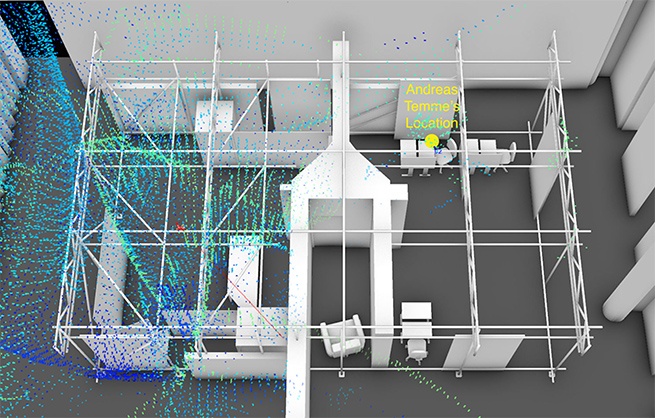 This seminar on counter forensics seeks to problematise the institutionalised character of forensic practices. Counter forensics is exemplified by the inversion of the forensic gaze, by individuals or civil society groups undertaking independent investigations to interrogate state crimes. But in what ways do counter forensic practices, assumptions and ways of presenting evidence differ from scientific forensics as conceived from the 19th century onwards? What new technologies and techniques are available to civil society groups exposed to and documenting state crimes from European cities through the Mediterranean Sea to the cities of the Middle East and Central America? And what are the challenges involved in taking over the means of evidence production?

Members of Forensic Architecture introduce the concept of 'counter forensics' in relation to investigations including The Murder of Halit Yozgat, Drone Strike in Miranshah and The Killing of Nadeem Nawara and Mohammad Abu Daher.

Invited participants—including researcher Adam Elliot Cooper and artist and member of German anti-racist alliance Unraveling the NSU Complex Natascha Sadr Haghighian—will respond to and offer insights on the investigations and the concepts raised.

Following the seminar, members of Forensic Architecture will lead a practice-based workshop on geolocation – the practice of determining the location and timing of an image or video clip without its metadata.

Image caption: Simulated propagation of sound within a digital model designed to mimic the exact dimensions and materials of the internet café where Halit Yozgat was murdered by members of the National Socialist Underground in 2006. Forensic Architecture and Anderson Acoustics, 2017