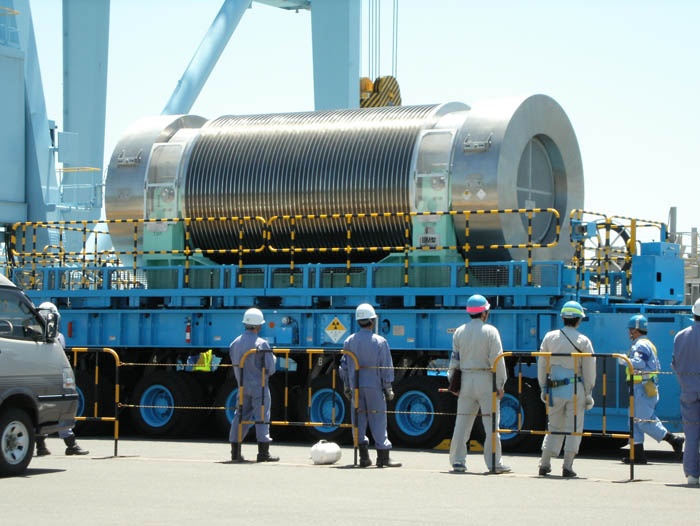 The second instalment in a trilogy of documentaries about the issues surrounding nuclear energy (the final part, Ashes and Honey, is also screening as part of Zipangu Fest), Hitomi Kamanaka's Rokkasho Rhapsody fixes its cameras on the protests surrounding the construction of Rokkasho Reprocessing Plant for the recycling of spent nuclear fuel. Kamanaka accumulates an array of opinions, from the for-and-against to the downright don't-cares, to put together a valuable overview of a local situation that zooms into the personal. Whom Kamanaka sides with is quite clear, yet she steps away and allows her rage to quietly simmer underneath. She reminds us Japan is not alone in the need to look at these problems, juxtaposing Rokkasho town's situation with that of Sellafield in northern England, to unveil the possible dangers the nuclear plant holds for the local community.

Director Bio
Hitomi Kamanaka is a documentary filmmaker and media activist who has been dealing with nuclear issues for over a decade. Upon graduating from Waseda University, Kamanaka studied at the National Film Board of Canada and worked as a media activist at Paper Tiger in New York. Her documentaries have received critical accolade and awards from many international film festivals. Her films Hikabukusa - At the End of the World (2003), about the ravages of radiation in Iraq from depleted uranium contamination following the Persian Gulf War, Rokkasho Rhapsody (2006) and her latest Ashes to Honey (2010), comprise a feature-length trilogy about the dangers of nuclear power.