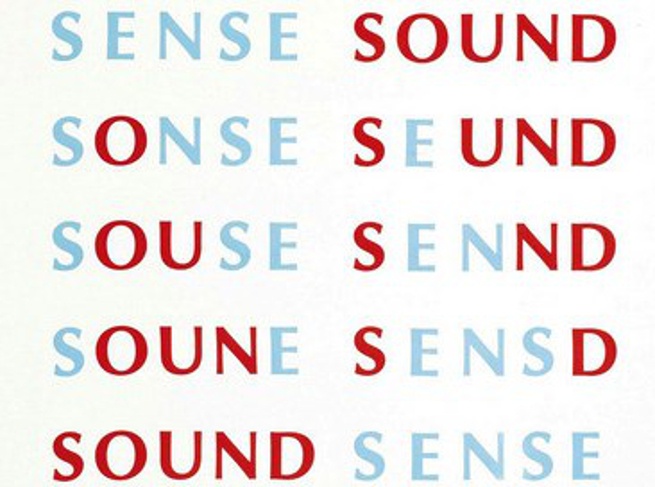 A series of performances featuring poets who use the sounds of words and their textures, as well as their meaning, to inform the composition and performance of their work. Participants include Amy Evans, Anthony Joseph, David J The Vocal Pugilist and Holly Pester.

Amy Evans is a poet and classical singer. Her ongoing poetic sequence comprises three chapbooks, the most recent of which is CONT. (Shearsman, 2015), and the sound installation SOUND((ING))S, which launches at sea later this year. Her visual and poetic montage Voice is a prime conduit through has been played on Russian radio for English PEN’s Writers at Risk Programme and in Sydney as part of Voice/Presence/Absence (UTS ePress, 2014). Her work features in Dear World & Everyone In It (Bloodaxe, 2013). She has sung with Rambert, and with the choirs of Trinity Laban Conservatoire, St Martin-in-the-Fields, and other UK and international concert venues. Until recently, she was Soprano and Director of Music for Family Eucharist at St Peter’s Eaton Square. She currently lectures in Creative Writing at the University of Kent.

Anthony Joseph is a Trinidad-born poet, novelist, musician and lecturer. He is the author of four poetry collections, a novel The African Origins of UFOs as well as six critically acclaimed albums as a vocalist and poet. He lectures in Poetry and Creative Writing at Birkbeck College, University of London.

Holly Pester is a poet and a lecturer in Poetry and Performance at University of Essex. Her work is published in Out of Everywhere 2, (Reality Street, 2015) and Dear World & Everyone In It, (Bloodaxe, 2013). She performs work at key UK art galleries, theatres and pubs, and at international festivals including Documenta 13 and Fiac 2015. Her collection, Go to reception and ask for Sara in red felt tip, (Book Works, 2015) features poetry, prose and gossip as forms of archive enquiry. She is currently working on a collaborative sound poetry project foregrounding the sounds and gestures of lullabies (Test Centre, 2016).

David J Pugilist has performed at charity events of political and social significance. His vocal performances have seen him dubbed ‘The Vocal Pugilist’. Over the years he has developed a unique style of delivery that is heavily influenced by his hip-hop origins. He has performed at Bestival, Electric Picnic and Glastonbury festivals. He has toured Europe with the Last Poets, supported Patti Smith at her book launch as well as Mohammed Ali Aerosolarabic Projects, Soul City Arts. He has been featured on Samsung Adverts, Radio 4, Channel 4 Voice Narration, Choice FM, Capital Radio and Sky. He has performed at Rada and the Houses of Parliament, The Young Vic, Old Vic and Museum of London.

This event is part of Kayo Chingonyi's Associate Poet programme.