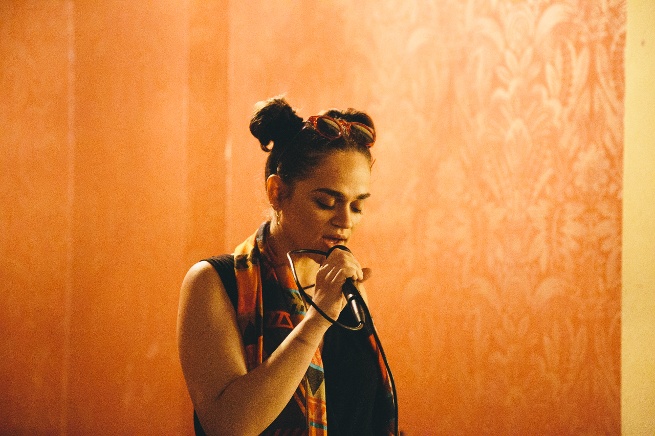 The Poetics of Grime

There are DJ sets in the bar from 8pm and after the event, featuring James Massiah and Greeds.

The Poetics of Grime

Kayo Chingonyi is a writer, editor, events producer, and creative writing tutor. His poems have been published in a range of magazines and anthologies and in a debut pamphlet entitled Some Bright Elegance (Salt Publishing, 2012). In 2013 he was awarded a writing residency at Cove Park (Scotland) as well as the Geoffrey Dearmer Prize from the Poetry Society. He represented Zambia at Poetry Parnassus, is a fellow of the Complete Works programme for diversity in British Poetry, and has been invited to give readings and performances across the UK and further afield in Ireland, Mexico, Abu Dhabi, and South Africa. Kayo is currently working on his first full-length collection entitled Kumukanda and a new pamphlet is forthcoming from the African Poetry Book Fund, in collaboration with Brooklyn-based independent publisher Akashic Books, in 2016.

Jamal aka Eklipse is a rapper and MC from Newham, East London. He started MCing in the summer of 2007 at the age of 14. He then fell in love with the genre that most of London’s youth are raging about: grime. He has since released EPs and mixtapes that have each received over 1000 downloads through independent promotion; Intimate Affairs and Dark Matters, and recorded videos with youtube channels such as GRM Daily and SBTV.

Debris Stevenson teaches poetry as an alternative vocabulary in education, sexuality, disability and mental health. She has performed her poetry from the National Theatre Zagreb to a street corner in San Francisco. She has been followed by Channel 4, commission by BBC Radio and had her debut pamphlet, Pigeon Party, released by Flipped Eye in 2014. She is currently a Curve Theatre Associate Artist, Jerwood Arvon Mentee and Artistic Director of Mouthy Poets CIC.

This event is part of Kayo Chingonyi's Associate Poet residency.