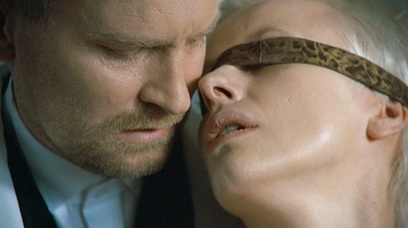 Opium: Diary of a Madwoman

Jozsef Brenner, a doctor working in a mental hospital, is also an author suffering from writer's block. He begins a complex and ultimately sexual relationship with one of the woman patients, Gizella, who is also a compulsive and brilliant writer convinced that the devil has possessed her soul. Before World War I, Brenner, a disciple of more liberal approaches to mental health, finds himself in a hospital that is more like some kind of medieval torture chamber. The film is based on the autobiography of the Hungarian psychiatrist and writer Géza Csáth, (whose work provided the source for János Szász's earlier award-winning The Witman Boys) and features outstanding performances from Ulrich Thomsen as Brenner and Kirsti Stubo as Gizella. Maybe it is this Scandinavian input that reminds one of Ingmar Bergman, for this is classical filmmaking and a work of disturbing power. The film deservedly won four awards at this year's Hungarian Film Week, including best direction and best cinematography (Tibor Mathé).