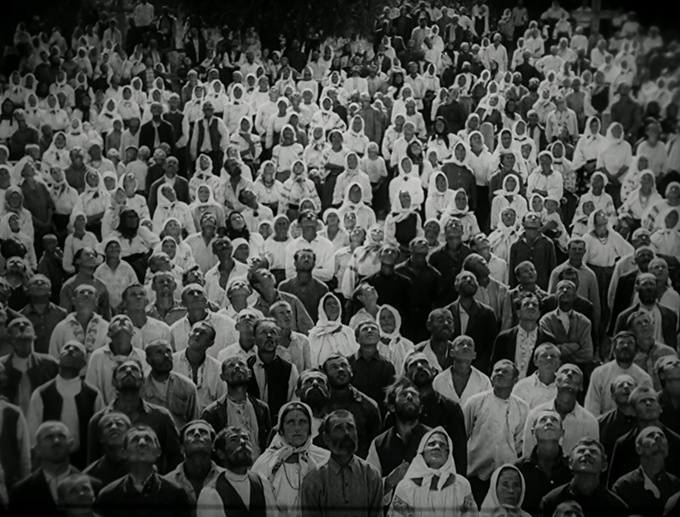 Oleksandr Dovzhenko’s Silent Trilogy: Life and Death in the Times of Revolution - Earth

The discussion is moderated by Marina Pesenti, Director of the Ukrainian Institute in London

'Its title, Earth, is more than just a name – it is a religion,' said Siegfried Krakauer. Earth, the final part of Dovzhenko's silent trilogy, is undoubtedly the most famous and controversial movie of the Ukrainian Soviet silent film heritage. Full of lyrical pantheism and utopian exaltation, it demonstrated the ambiguity of Ukrainian geopolitical choice in the late 1920s.
The simple plot tells the story of a small Ukrainian village on the eve of collectivisation. Vasyl, the leader of the activist youth, is trying to engage villagers into the collective farm movement while waiting for a technical miracle: a tractor, the forerunner of the new era. Finally, he ploughs a boundary separating the private plots from the collective ones. This enthusiasm costs Vasyl his life, but makes him a martyr – a necessary sacrifice for the new social order.
Although Earth fits the tradition of Soviet propaganda films, Dovzhenko’s interest in human condition and its bond with nature takes the film beyond the propaganda realm. As told by Dovzhenko, an ordinary tale of a class struggle becomes a universal philosophical parable about life and death.
Criticised severely for its naturalism and physiologism, the film was banned nine days after its release in the Soviet Union and was given a credit in Ukraine only after Dovzhenko’s death. Earth hit the headlines only in 1958, when the International Referendum in Brussels praised the film as one of the best 12 films in the history of cinema. It was voted to be one of the top ten silent films by The Guardian and The Observer.
The panel discussion following the screening looks into the complex identity and artistic legacy of Oleksandr Dovzhenko. The speakers explore the dualistic nature of Dovzhenko’s famous trilogy, in which the director embraces the socialist revolution and the new social order but stands accused of nationalism and decadence.