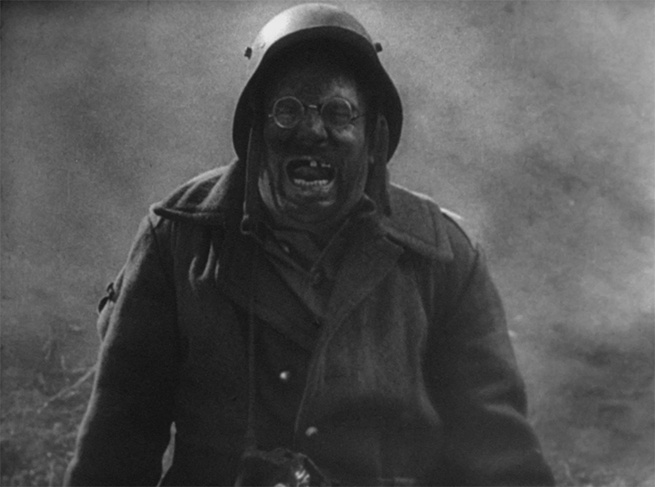 Oleksandr Dovzhenko’s Silent Trilogy: Life and Death in the Times of Revolution - Arsenal

This screening will be introduced by Stanislav Menzelevskyi, Programme Director at Oleksandr Dovzhenko National Centre

As revolutionary in its politics as in its style, Arsenal is formally the most complex of the three films in Oleksandr Dovzhenko's silent trilogy. This avant garde film was compared to Pablo Picasso's Guernica because of director's frank depiction of war. Arsenal made Dovzhenko famous not only in the Soviet Union, but also in Western Europe and North America. Ultimately, the National Society of American Film Critics named Arsenal one of the five best films of 1929, along with Karl Theodor Dreyer's The Passion of Joan of Arc.

Thematically, the film is close to The Enchanted Place: Dovzhenko’s focus is once again on revolution and civil war in Ukraine, particularly the events that took place at the end of World War I which resulted in an unsuccessful Bolshevik uprising in January 1918 in Kyiv. In Soviet mythology, the uprising at the Arsenal factory is one of the key episodes in the tale of Bolshevik martyrdom in Ukraine. Dovzhenko, enthusiastic about the ideas of national liberation and social revolution, took the events of the uprising to the narrative's margins, ultimately creating a political film for Ukrainian intelligentsia on both sides of the barricades of the civil war.

A vague portrayal of the opposing forces of the uprising and parallel editing of different events leave the viewer with a sense of the chaos of war, rather than with a clear political message or a forced interpretation. At the same time idiosyncratic acting, expressive lighting, camerawork and editing enable the director to bring to life the stories of individual characters and cast them into a broader historical canvas and a clear pacifist message.

About the music
British multi-instrumentalist Guy Bartell, founder and the mastermind of the Bronnt Industries Kapital band, wrote a soundtrack for Arsenal. The film magazine Sight & Sound called Arsenal one of the most thrilling films screened at the Cambridge Film Festival and described Bartell's soundtrack as 'terrifically intense'.