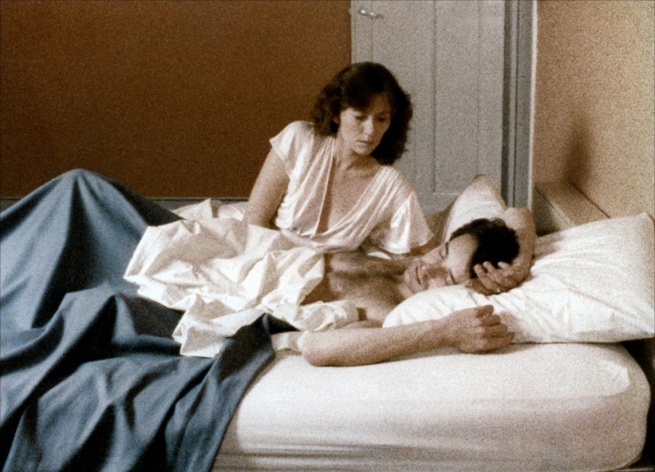 A Nos Amours continues a retrospective of the complete film works of Chantal Akerman with Toute une nuit, Akerman’s tender, ever-restless nocturnal of 1982.

This is a film that begins at fall of night and ends as dawn approaches. Bathed in an Edward Hopper-like gloom of neon and tungsten bulbs, Akerman arranges and choreographs a series of brief encounters, wordless lovers’ tender embraces, and the slow meanderings of lonely night owls.

These wordless interactions, often with musical interludes from juke boxes and accidental sound (beautifully mixed by Jean-Paul Loublier who also mixed Jeanne Dielman), accumulate into a wonderful screen dance, punctuated by stillness and silence. This is after the realm of the insomniac and time passing is never so strongly felt.

'I want the viewer to physically experience the time spent in each shot. This physical experience of this time is in you; the film time unfolds in you' (Akerman has said). And as we all know, waiting for love, hoping for love, is all about time.

A Nos Amours is pleased to be co-presenting this screening with Birds Eye View Film Festival.