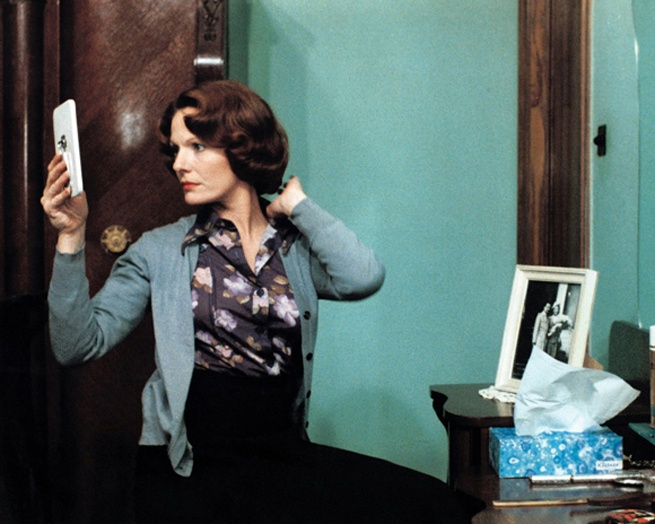 A Nos Amours continues a retrospective of the complete film works of Chantal Akerman, with her celebrated second feature film Jeanne Dielman, 23 quai du Commerce, 1080 Bruxelles. An astonishing, crystalline film that is as arresting and absorbing as it ever was. A tour-de-force: assured, confident, awe-inspiring. A landmark of cinema.

Chantal Akerman is a filmmaker whose time has come: it is news that stays news. It is a cinema that reinvents and redefines what film is and can do. Akerman's work is superficially wide-ranging - documentary and narrative, film and video, 16mm and 35mm, cinema and gallery - and yet her work is characterised by an uncompromising and singular sense of purpose. What Akerman shows us, by means structural and otherwise, is nothing less than the human condition, a series of astonishing mediations on loneliness and anxiety, alienation and discomfort. Akerman so quickly, from her earliest work, established a startling and provocative project that is among the very greatest in European film.

Adam Roberts from A Nos Amours introduces Jeanne Deilman... on the ICA Blog →

As J. Hoberman has said: 'Comparable in force and originality to Godard or Fassbinder, Chantal Akerman is arguably the most important European director of her generation'.

A Nos Amours is grateful to the British Film Institute, the Belgian Embassy, to Picturehouse, to the ICA, to the Royal Belgian Film Archive and to Paradise Films.