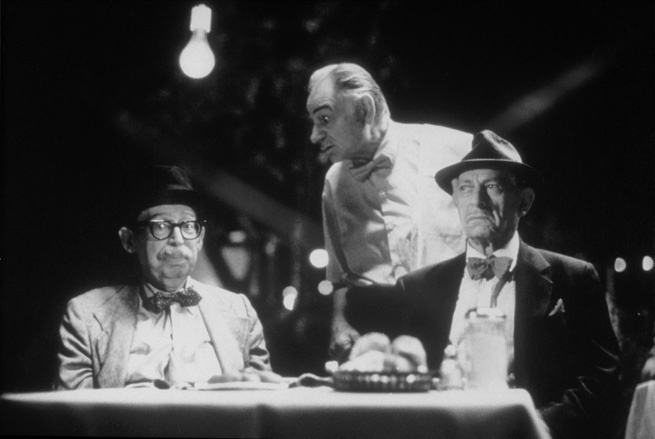 Histoires d’Amerique was shot in New York, conjuring up a specific diasporic context – not dissimilar to that of Woody Allen’s masterpiece Broadway Danny Rose. This may be the new world, but the horror of the old is never far from the surface. Mordant observation and biting cynicism rule.

Akerman asked her cast to recreate jokes, fables and anecdotes, culled from real-life testimony, sashaying from the comical to the tragic, interleaving all with slapstick humour as only Jewish New York knows how. As Akerman has said: when history become impossible to bear, there is only one thing to do: send yourself up and laugh.

Read our blog post on Akerman's rich evocation of Jewish culture in the film.