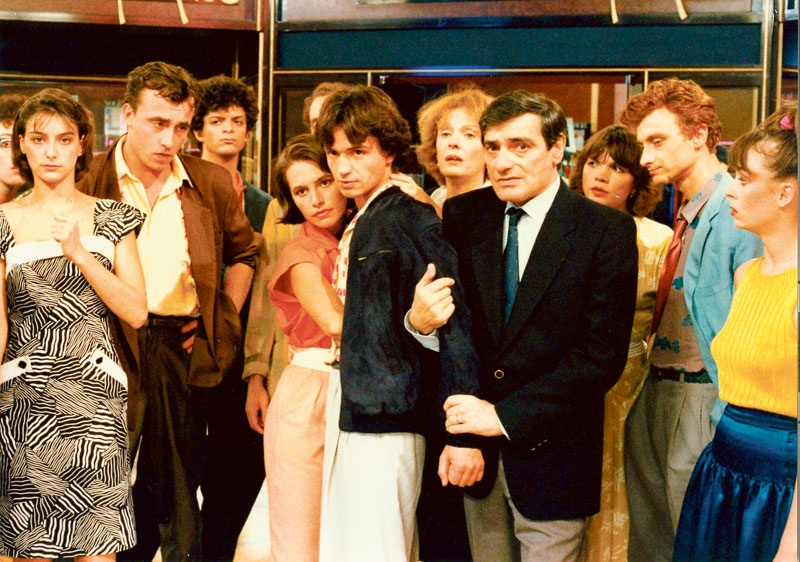 Film collective A Nos Amours continues a retrospective of the complete film works of Chantal Akerman with an exuberant and sparky musical, at once homage to classic era MGM musicals, and an expression of a highly European sensibility: satirical, teasing, resigned.

With an introduction by filmmaker Carol Morley (Dreams Of A Life).

Chantal Akerman devoted enormous energy to this long cherished project. Not only would she write and direct, but she wrote the lyrics to the songs. Set in an other-worldly shopping mall called the Toisson d’Or (which translates as The Golden Fleece), perhaps modelled on the mall of the same name in Brussels.

Golden Eighties interweaves tales of love, longing, disappointment and heartbreak. It offers song and choreographed - if not quite dance-like - movement. Akerman is working as ever with ordinary material, arranged and framed with precise purpose.

Meet Lili, proprietor of a hair salon, faithless lover, heartbreaker and opportunist. Meet Mado and Pascale, best friends, too kind to each other to share news of betrayal in love. Meet Sylvie, kept almost alive by letters from her lover far away in Canada looking for a fortune.

The musical numbers here touch on economic woes, recession, sexual positions, and can be catty and sarcastic – far removed from the sentimental world of MGM musicals, but not so far removed from the musicals of Jacques Demy or especially Renoir’s odd valedictory song and dance segment in Le Petit Théâtre de Jean Renoir.

Shot with distinctive Fujicolor film stock, lit without shadows, stuck in an interior studio world as if exterior did not exist, jam-packed with infuriatingly catchy tunes, this is an astonishing work from an artist who began as a structuralist, albeit a structuralist with a gift for narrative.