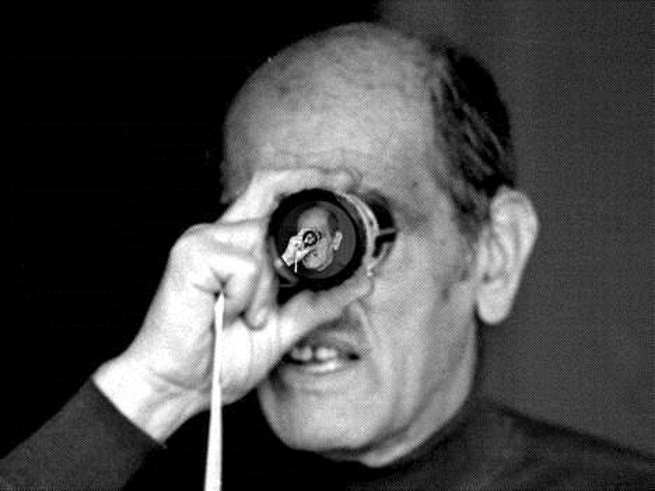 Luis Buñuel: Aesthetics of the Irrational

"Luis Buñuel was anti-establishment to the core and arguably the most revolutionary and provocative filmmaker of all time"
Nico Marzano, Cinema & Film Programme Manager

Luis Buñuel was a leader of avant-garde surrealism, an iconoclast, a contrarian and provocateur. He aimed to undermine the self-assurance of the powerful through a narrative blend of beauty and rebellion. With Salvador Dalí and poet Federico García Lorca, Buñuel formed the nucleus of the Spanish Surrealist avant-garde that shocked and insulted the intellectual bourgeoisie. This revolutionary tendency remained with Bunuel throughout his career despite persistent challenges from the social norms he provoked.

The Luis Buñuel ICA retrospective spans from the very beginning of his career with arguably the most poignant and famous short film ever made, Un Chien Andalou (1929), through his stunning Mexican period including Los Olvidados (1950), El (1953), Nazarin (1959) and The Exterminating Angel (1962), to his last works and such legendary films as Belle de Jour (1967), Tristana (1970) and The Discreet Charm of the Bourgeoisie (1972). There is also the rare chance to see short film Eating Sea Urchins, a surrealist home movie that Buñuel filmed at Salvador Dali’s house in 1930.

Covering each of his key periods through screenings and special events, the season surveys Buñuel’s unique approaches to cinema, allowing full exploration of his enduring influence and fresh understanding of his essential legacy.

A round table discussion takes place at the Instituto Cervantes on 2 December as part of the programme, bringing together a group of different cultural critics to examine the unique relationships between Lorca, Buñuel and Dalí, and the ways in which artists and filmmakers have sought to ‘capture’ the groundbreaking aesthetics of these three artists and their unique cultural legacy. Admission is free. To reserve a place,  please email reservas.londrers@cervantes.es

To celebrate our Buñuel retrospective, we invited you to embrace the surrealism of Buñuel’s films and share your own #SurrealSelfie. We had a fantastic response. See the entries.

The academic partner for the Luis Bunuel: Aesthetics of the Irrational season is the AHRC-funded CHASE Consortium for the Humanities and the Arts South-East England.