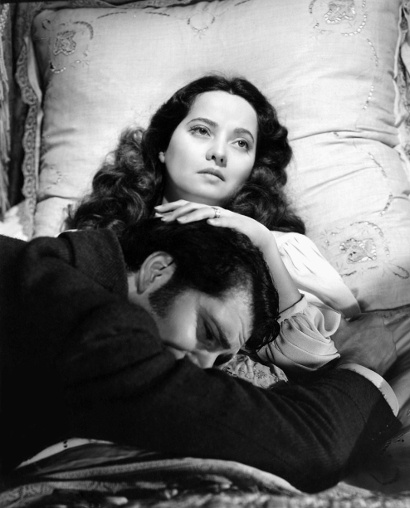 Presented by A Nos Amours

When Buñuel arrived in Mexico it was at the tail-end of what has been called the golden age of Mexican cinema. Mexico City had offered refugees a home and so became a cosmopolitan and intellectually bracing alternative to Paris. Buñuel was lucky to fall in with a good and well-connected producer—Óscar Dancigers—who knew how to get money from the state film funder, Banco Cinematográphico, and how to pander to conservative imperatives coming from above (from Presidents of distinctly a right-wing inclinations).

Buñuel had adapted Emily Brontë’s Wuthering Heights as early as 1931—before he won international fame for Los Olvidados and Él. He wrote the adaptation with Pierre Unik—who had been his collaborator on the screenplay for Las Hurdes. Brontë’s intensely melodramatic tale of passion and desire, mingled with themes of aristocratic bad blood and the opposing of instinct and culture, violence and domesticity, must have greatly appealed to former surrealists, avowed communists, and in Buñuel’s case, to a brilliant satirist. Moreover this film was a perfect fit for a very Mexican love of high drama and hysteria, murderous confrontation and amour fou.

Buñuel in Mexico was a disciplined and adaptable director. He was known to make of use only 125 shots, and maximum of two takes, in order to deliver a feature film. His shoots tended to wrap ahead of schedule. Such brisk ‘B’ movie approaches define something of the style and manner of much of his Mexican films. Abbreviation is acceptable, as is an absence of back story and full explanation. Brio and velocity are enough. The film opens with gunfire, and ends with gunfire. The landscape dwarfs the human, tragedy is unstoppable. In Mexico, where the dead are treated as absent friends, the necrophilia of Brontë need not be concealed. In what other cinema than that of Buñuel and that of Mexico might love be fulfilled with the tender kissing of a corpse?

Education group rate tickets are available at £5 for students with one free educator for every ten tickets booked. These can be purchased by contacting the box office direct on 0207 930 0493 (Tues-Sun 9am-11pm).

Part of: Luis Buñuel: Aesthetics of the Irrational