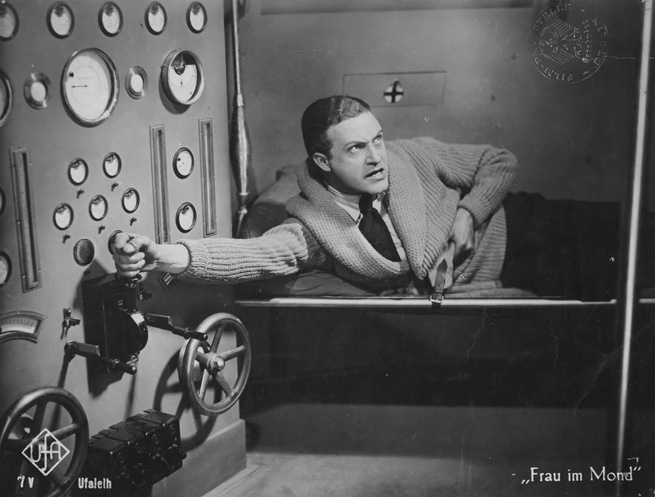 ICA Cinematheque: Woman In The Moon

Frau im Mond (Woman In The Moon) was the first feature-length film to portray space-exploration in a detailed manner, meticulously accounting the science involved in launching a spaceship from the surface of the earth to the valleys of the moon. Fueled by the prospect of alleged gold mines to be found on the new planet, a German expedition of four men and one woman - plus a stowaway – board a vessel full of hope and dreams. However despite all their efforts, once they arrive on the moon a melancholic yet undefeatable reality is awaiting them. The human condition remains invariably the same as it is on planet Earth: greed, altruism, despair and the greatness of ordinary men alternate without pause.

With a screenplay based on the novel written by Lang’s ex wife Thea von Harbou, Woman In The Moon is the last silent film made by Fritz Lang. Unlike Metropolis (1927), this film represents science fiction without any Messianic references. Seen as an homage to the nineteenth century and above all to Verne and George Melies; Woman in The Moon manages to combine an espionage tale, serial melodrama, and comic book sci-fi into a storyline that is by turns delirious, hushed and deranged.

A movie so rife with narrative contradiction and visual ingenuity that it could only be the work of one filmmaker: Fritz Lang. This extraordinary film is as much a warning sign against human hubris as it is a hopeful depiction of mankind’s potential.