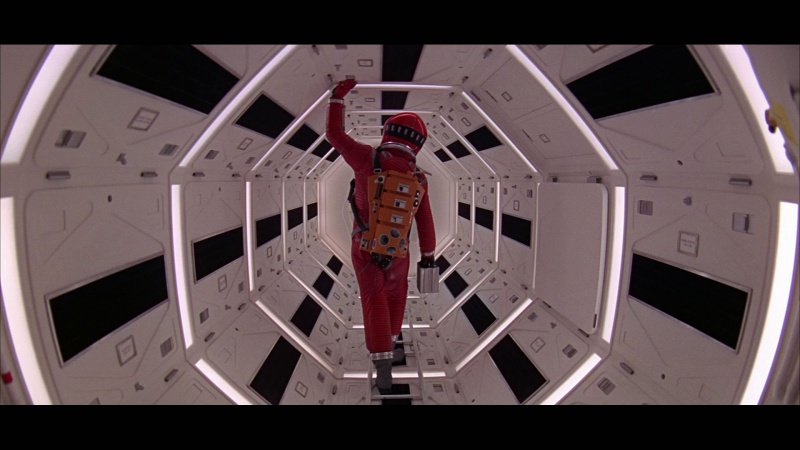 2001: A Space Odyssey spans from the dawn of man to the first flight to Jupiter: a story of a polished monolith that terrifies apes and amazes scientists. It represented a clear breakthrough in science fiction films: crafted in a sterile manner as for a scientific documentary, Kubrick tells an apocalyptic story about the fate of humanity.

Inspired by The Sentinel (1948) by Arthur C. Clarke, with whom Kubrick collaborated on the script, Clarke later went on to write the novel 2001: A Space Odyssey to clarify doubts left unresolved in the film. This work continues to be one of the most disturbing, challenging and controversial science fiction films ever made, with plastic-figurative charm combined with a thrilling sense and eye for detail. The scope and epic conceit of Kubrick’s sci-fi adventure of 1968 is still breathtaking; this film has been seen by many critics as the most suitable (or perhaps the only one) of Kubrick’s works whose expansive voids and silences can satisfactorily absorb and contain the film director’s tendency for redundancies and excessive length.

2001: A Space Odyssey appears to be a work of authentic genius, which after almost half a century remains untouched in its power of anticipation for mankind and its relationship with technology.

With an introduction by ICA Film and Cinema Coordinator Nico Marzano.