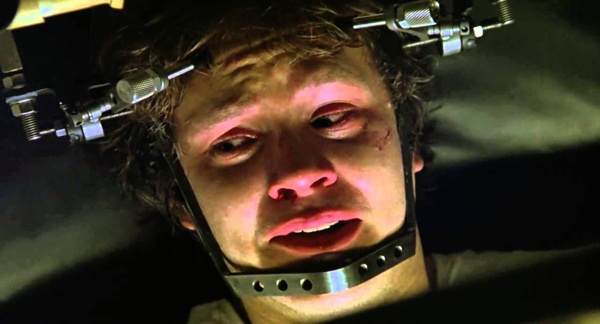 Drawing inspiration from sources as diverse as the Old Testament, Dante's Inferno, the Oscar-winning short film An Occurrence at Owl Creek Bridge (1962) and the Tibetan Book of the Dead, Bruce Joel Rubin's script for Jacob's Ladder lingered in development limbo for the better part of a decade - garnering a reputation for being brilliantly written but too bizarre for studio production - until British director Adrian Lyne (Fatal Attraction; 9 ½ Weeks) expressed interest in directing this supposedly ‘un-filmable' metaphysical thriller.

Tim Robbins stars as Jacob Singer, a Vietnam veteran now eking out an existence as a postal worker on the downtrodden streets of Brooklyn, circa 1975. Suffering from PTSD, still mourning the death of his infant son and the ex-wife that deserted him, Jacob starts to experience Vietnam flashbacks and violent, disturbing hallucinations. These increasingly grotesque and demonic visions plague Jacob's waking life until he starts to question the very fabric of his reality.