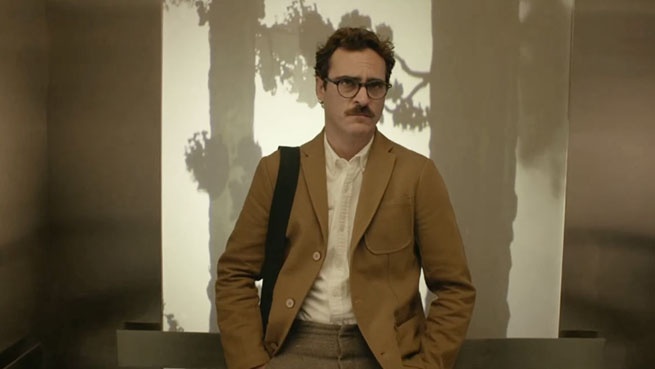 ★★★★ "A sweet-natured and melancholy film, beautifully directed" The Independent

Winner of the 2014 Academy Award for Best Original Screenplay

In a near-future Los Angeles, hi-tech, utopian living is the norm and only emotional intimacy seems lacking – at least for Theodore (Joaquin Phoenix), an affable ex-journalist now writing syrupy ‘personalised’ letters for those who don’t have the skills.

With his wife (Rooney Mara) filing for divorce, he decides to install a piece of software that responds perfectly to his character in the form of the interactive ‘Samantha’. So attuned to each other do they become that romance, adventure and even sex ensue, all facilitated by a tiny earpiece. Considering she’s unseen, Scarlett Johansson does a magnificently convincing job as Theodore’s make-believe girlfriend. And given that maverick writer-director Spike Jonze (Being John Malkovich, Adaptation) is the helmsman here, the course of virtual love is freighted with pitfalls and sly observations on digital commodification.