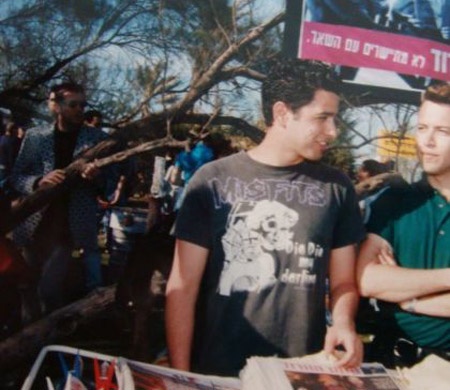 Gay Days chronicles the evolution of the GLBT rights movement in Israel, from 1985 until the current day. It’s a personal story told through the eyes of Yair Qedar, the editor of the GLBT paper, The Pink Times. The film begins in 1985 when there are only a handful of openly gay people within Israeli society. But by 1998 this number has increased to over 3000. Using archive materials from television, film and home videos alongside photographs and extracts from Yair’s own diary, the film tells intimate, moving and humorous stories of the fight for equality through the movement’s key players, shedding light on their personal struggles as well those of the movement in general. Contributors include partners Gal Uchovsky and Eytan Fox, Ellyot, Amalia Ziv, and Amit Kama. Today, members of the gay community are represented in prominent positions throughout Israeli society with many individuals standing in the front line of Israel’s civil society. Lucy Kaye & Marc Isaacs.