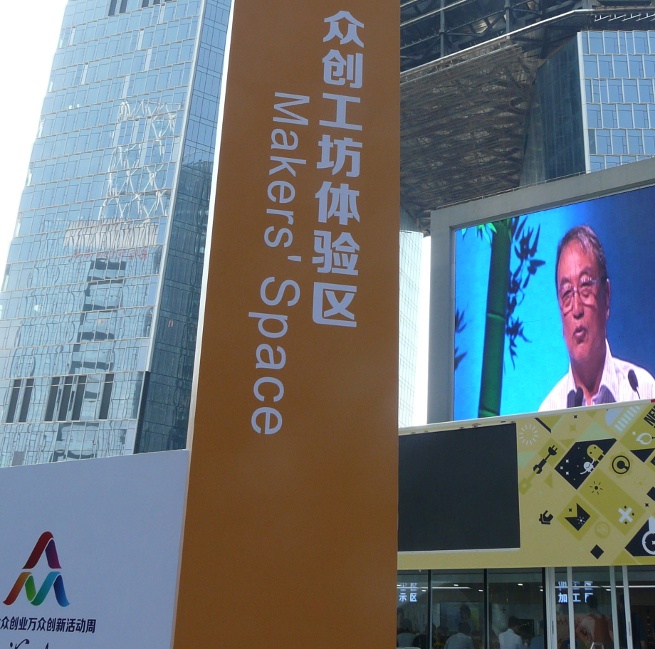 This Friday Salon brings together creatives from China and the UK to discuss the Maker movement, which combines influences from craft, DIY, design and hacker culture to develop new models of education and expressions of creativity.

Participants include David Li, who is the leading voice in the maker movement in China, and Lit Liao, who runs a makerspace in Shenzhen. The conversation is moderated by Professor Guy Julier.

Zara Arshad is the founder-editor of the Design China blog. A former resident of Indonesia, Syria and China, Arshad has worked for Icograda Beijing, British Council in China and Beijing Design Week, and studied on the RCA/V&A MA History of Design programme as the 2013-2015 Friends of the V&A Scholar. She is currently a research assistant at the Victoria and Albert Museum.

Guy Julier is the University of Brighton/Victoria & Albert Museum Principal Research Fellow in Contemporary Design and Professor of Design Culture. He is the author of several books including The Culture of Design, recently published in a 3rd revised edition. From the mid-2000s, while continuing research in the contemporary sociology and political economy of design, Guy Julier has also turned his attention to design activism and social design.

David Li has been contributing to open source software since 1990. He is a member of the Free Software Foundation, committer to Apache projects and board director of ObjectWeb. In 2010, he co-founded XinCheJian, the first hackerspace in China to promote hacker/maker culture and open source hardware. In 2011, he co-founded Hacked Matter, a think tank on makers and open innovation. In 2015, he co-founded Maker Collider, a platform to develop next generation IoT. He is also the director of Shenzhen Open Innovation Lab.

Lit Liao is the founder of Litchee Lab, one of the most international makerspaces in Shenzhen providing space, digital equipment, workshops and courses for all ages, from kids to adults. She has rich experience in the field of maker education, including open source education product design and curriculum development. Currently Litchee Lab is working with different types of schools in Shenzhen, from primary to high schools and from private to public, to create open and encouraging spaces on campus. Before starting Litchee Lab, Lit worked at Seeed as product manager of education products and led the re-design of Seeed best-selling education products, such as the Grove Starter Kit and Mixer.

Tom Saunders is Senior Researcher at Nesta, a charity that promotes innovative solutions to social challenges. His work focuses on helping governments learn from innovations around the world, with particularly the use of digital technologies to address urban challenges. Tom also leads on Nesta’s research and engagement with China and is co–author of Made in China: Makerspaces and the search for mass innovation.

This event is organised as part of China's Creative Communities: Making Value and the Value(s) of Making an AHRC/Newton Fund research project led by Kingston University, Falmouth University and the University of Brighton. For more details please contact Cat Rossi.

In partnership with Kingston University

Supported by Falmouth University, the University of Brighton and the Victoria and Albert Museum

Funded by the AHRC and the Newton Fund