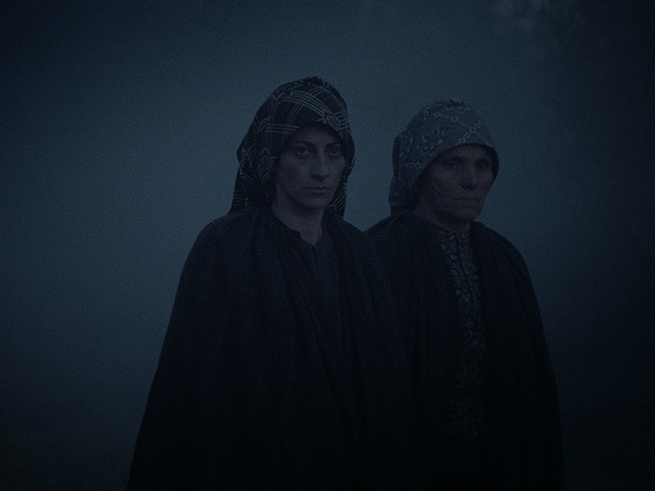 Frames of Representation: FoR Shorts #1

A programme of three short films followed by a Q&A with directors Pedro Peralta (Ascension) and Rafael Ramírez (Amundsen’s Dogs) and producer Michał Białożej (Zhalanash).  The Q&A will be hosted by film journalist and critic at large Wendy Ide.

The term sublime is not overused, Ascensão is an invitation to a rare journey. - Fabien Gaffez, La Semaine de la Critique

At dawn a group of peasants tries to rescue the body of a young man from the bottom of a well. At the centre of it all, a mother anxiously awaits her son's salvation, until finally his body emerges from the earth.

Part of influential Portuguese film collective TerraTreme, director Pedro Peralta plays with the language of the spiritual only to complicate this frame. Ultimately, there is no transcendence here, only the enduring natural landscape: unpredictable, generative, ongoing.

Rafael Ramírez connects the avant-garde and the political in this intertwining of fiction and documentary... - Carlos Gutiérrez and Cecilia Barrionuevo

Drawing on the story of Arctic explorer Ronald Amundsen, this film delves into a landscape which seems to defy human comprehension and classification. Interweaving footage of frozen wilderness, the stories of those who did not survive their expeditions and the words of writers inspired by the Arctic, the film meditates on the creative force of this vast landscape's enduring strangeness, reflecting on our fascination with those worlds we cannot know.

Once one of the world’s biggest lakes, today the Aral Sea has all but vanished. This haunting, beautifully-shot work focuses on what remains in an area that was once flourishing. Fishing boats erode in the dusty desert, a lonely camel wanders an empty street and an old woman quietly stares at her birthday cake. Empty and dry, the land stretches out as far as the eye can see.

We are offering a special multibuy offer for FoR 2018:

Please note that the above multi-buy deals and festival passes are only valid for film screenings, not talks or special events

Supported by the Portuguese Embassy in London

Part of: Frames of Representation: New Visions for Cinema 2018