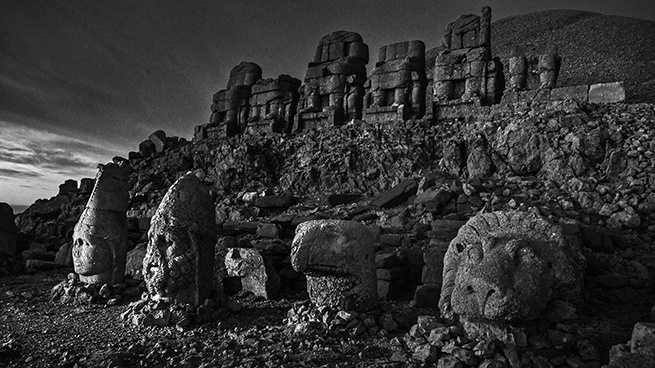 Frames of Representation: Symposium: Imaginaries Of The Desert

Full programme below, including special guest Walter Murch, triple Oscar and triple BAFTA-winning sound designer and editor of iconic films such as Apocalypse Now, The Godfather and The Conversation

Engaging with the ICA's Frames of Representation 2018 film festival theme of 'landscape', this symposium invites critical responses to the expanded notion of the desert. Taking as a starting point anthropologist Elizabeth A. Povinelli's discussion of the 'Desert' as a category of thought, this forum explores some of the ways the figure of the desert becomes a receptacle for our imagination, particularly in regards to our relationship to the earth, life and non-life.

The aim is to engage the preconceptions of both developing nations and future landscapes as 'empty' and stripped of life, while at the same time being open to technological experimentation and the insertion of life.

The Desert comprises discourses, tactics, and figures that restabilize the distinction between Life and Nonlife. It stands for all things perceived and conceived as denuded of life— and, by implication, all things that could, with the correct deployment of technological expertise or proper stewardship, be (re)made hospitable to life.

…The Desert is the affect that motivates the search for other instances of life in the universe and technologies for seeding planets with life; it colors the contemporary imaginary of North African oil fields; and it drives the fear that all places will soon be nothing more than the setting within a Mad Max movie. - Elizabeth Povinelli, Geontologies: A Requiem to Late Liberalism (Duke University Press, 2014 p. 17-18)

The Desert is not therefore a literal space that is inhospitable to life due to a lack of water, but could be a lens for any place that is figured as silent: a place waiting to be made visible, lacking memory, available as a resource for more 'valuable' forms of life, requiring de-toxification and needing the establishment of boundaries on maps. This vision serves a particular form of life linked to capital and anthropocentric destruction.

We are offering a special multibuy offer for FoR 2018:

Please note that the above multi-buy deals and festival passes are only valid for film screenings, not talks or special events

All FoR screenings, talks and workshops are free to ICA Red Members.
Part of: Frames of Representation: New Visions for Cinema 2018