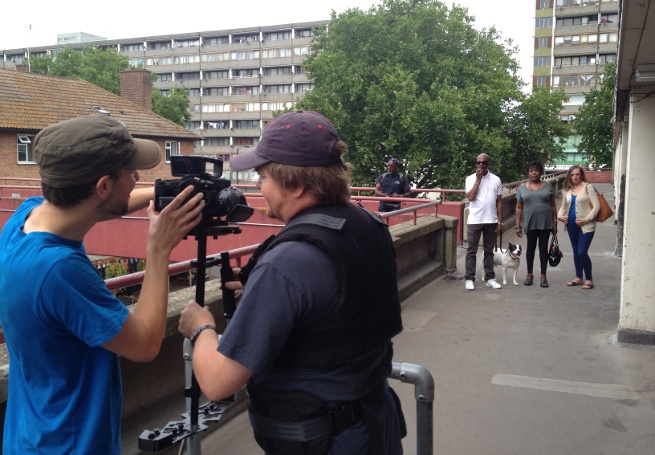 Have you ever wanted to make your own short film?

Would you like to see your film on the big screen as part of the Into Film Festival?

Do you want to learn key filmmaking skills?

If that’s the case, then this opportunity is for you!

In conjunction with film education charity Into Film and our STOP PLAY RECORD programme we are offering young filmmakers the opportunity to develop and learn new skills. Over five days you will work with filmmaker Nick Street to:

- Develop film ideas around a given theme.

- Prepare a script and devise a storyboard.

- Take on the responsibility of one of the key production roles including director, camera operator, sound and editor.

- Produce a finished film of up to two minutes in length.

The finished films will be screened for an audience as part of the Into Film Festival. If you want to continue making films, you can then to use your film to apply for our next open call for STOP PLAY RECORD.

To participate in this workshop, please complete this form. Deadline for this questionnaire is midnight on 19 October, 2015.

Nick Street is a filmmaker specialising in short-form documentary and experimental film, with a particular interest in projects that deal with social issues. His work has been screened at festivals around the world and featured by BBC, Channel 4, The Guardian and New Scientist among others. He has also worked extensively on collaborative filmmaking projects supporting young people to develop skills and produce creative work.