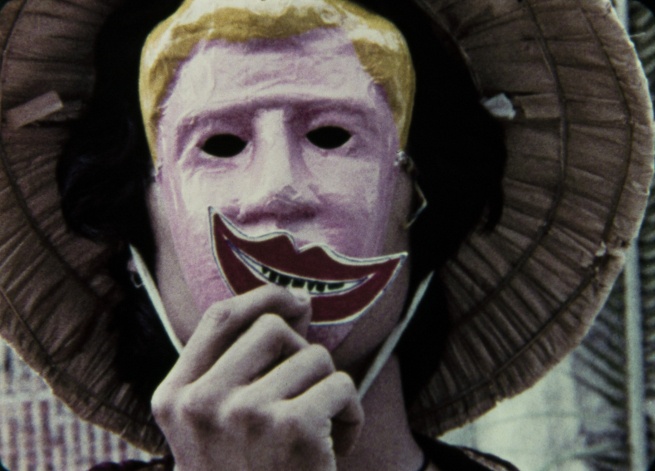 Perfumed Nightmare introduces for the first time the character of Kidlat Tahimik (Tagalog for “Quiet Lighting” – which the filmmaker Eric de Guia would henceforth use as his nom de guerre). In the film, Kidlat, a figure of Chaplinesque allure, both innocent and insolent, plays a jitney driver in a village in the Philippines who dreams of becoming an astronaut and making it big in the United States. His dreams take him as far as Europe and to a series of events that will show  him that his idealisation of what Western and European culture has to offer is far from real.

In a playful and humorous way, mixing autobiographical elements, everyday life and a wild imagination, the film makes a sharp critique of neo-colonialism, global capitalism and the uses of technology, while reclaiming the culture and history of the Philippines and standing for a different possible world made up of corrective histories and fictions. It confounds expectations, parodying ethnography and travelogues, and fusing disparate images and elements through its artisanal approach to cinema. The film was hailed by Werner Herzog, who considered it “amongst the most original and poetic works of cinema made anywhere in the 1970s”, and Susan Sontag, who recognised in Kidlat Tahimik's films that “invention, insolence and enchantment—even innocence—are still available on film."

This film is screened in 16mm. Print courtesy of Flower Films.