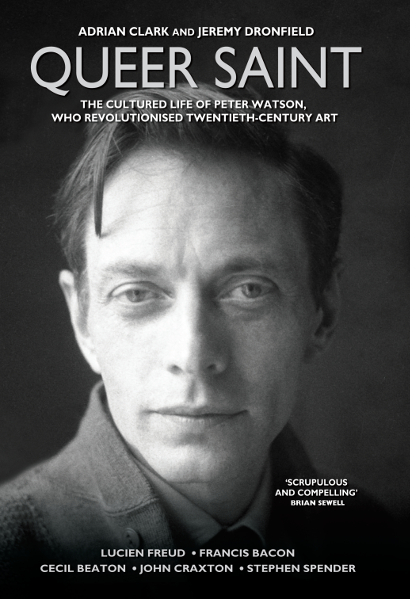 "This is the first time anyone has discussed the work of ICA founder Peter Watson in any great detail since his death. The ultimate patron saint, he supported all the young artists of the day. I’d strongly recommend that anyone with any interest in the history of the ICA should come to this talk." Gregor Muir, ICA Executive Director

Biographer Adrian Clark and writer Charlie Porter discuss the life and work of philanthropist, collector and ICA founder Peter Watson (1908-1956). This marks both the publication of Queer Saint: The Cultured Life of Peter Watson (John Blake, 2015), co-authored by Adrian Clark and Jeremy Dronfield, and ICA Fox Reading Room exhibition FB55, an archival display relating to Francis Bacon’s first institutional solo show, held at the ICA in 1955 and organised with the help of Peter Watson.

In addition to helping create the ICA, Peter Watson supported the literary magazine Horizon as its financial backer and arts editor, as well as encouraging and supporting artists and poets such as Lucian Freud, John Craxton and David Gascoyne. Privately, Watson was a doyen of the gay scene, cutting a dash through 1930s Berlin cabaret, pre-war Paris, English high society and the golden boulevards of Hollywood, before his tragic and mysterious death in 1956.

Adrian Clark is a writer and commentator on art and art history. He has authored British and Irish Art 1945-1951 From War to Festival (2010) and Queer Saint: The Cultured Life of Peter Watson (John Blake, 2015). A city lawyer by profession and a historian by training, Clark has written extensively in The British Art Journal, reviewing exhibitions and books, with some longer articles involving original research.

Writer and blogger Charlie Porter is Men’s Fashion Critic for the Financial Times. He studied philosophy at King’s College London, and has worked at Fantastic Man, The Guardian, GQ and The Times, as well as writing for titles such as British Vogue, The Face and i-D.