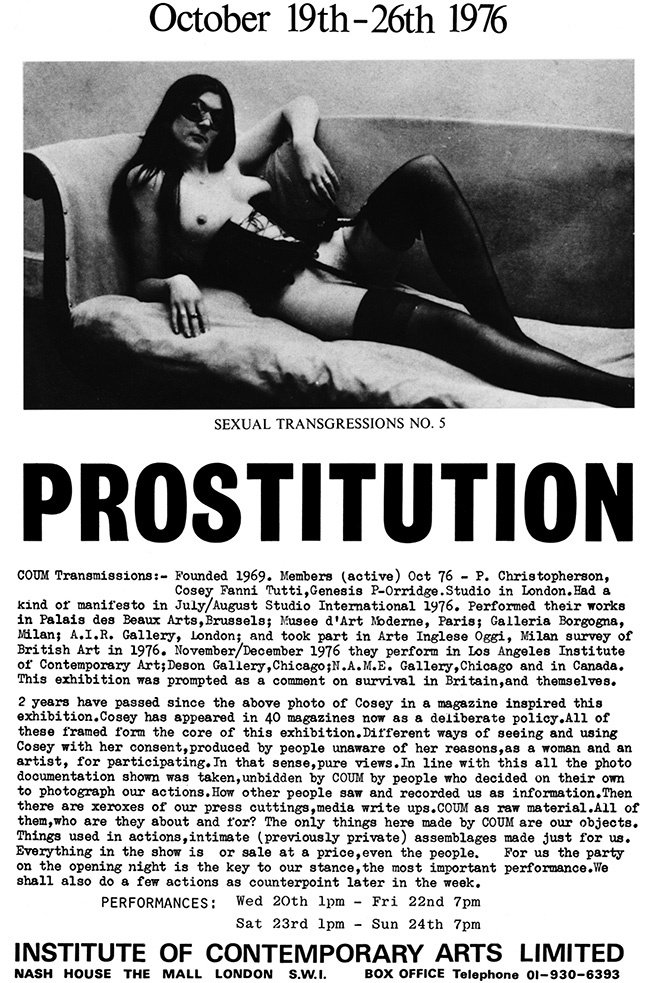 This event will be standing with a limited number of seats available on a first come first served basis on the day.

Reciting her personal experience at the time of the exhibition and the surrounding media furore, this reading will be followed by a Q&A with Maria Fusco (critic, writer and reader at the University of Edinburgh) and a rare screening of the COUM Transmissions film After Cease to Exist.

A selection of Cosey's original ICA Prostitution Magazine Actions will also be displayed. The evening will close with Richard Clouston of Cosey Club DJing in the ICA bar.

This event is presented in collaboration with Cabinet, London and Faber Social.