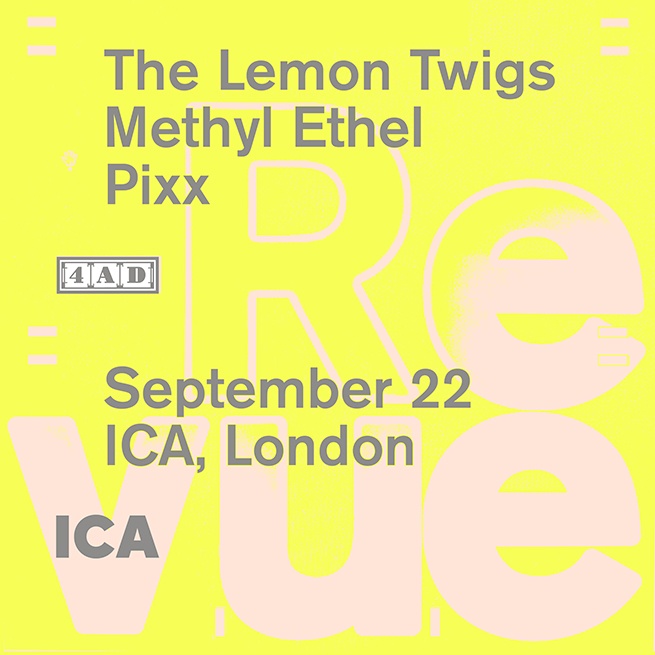 Since 1980 independent record label 4AD have led the way. From the likes of Cocteau Twins, Dead Can Dance and Pixies in the 1980s, to their current eclectic roster, featuring the likes of Ariel Pink, Grimes, and Scott Walker.

4AD present Revue, offering an opportunity to see a selection of their most recent signings share a stage together, presenting the new talents of ethereal weirdo pop of Pixx (London), hazy psych musings from Methyl Ethel (Perth, Australia) and one of the debut performances from The Lemon Twigs (Long Island, US) and their unique mutant take on 70s classic rock.

This event follows 23 years on from the label’s infamous 1993 week-long 13 Year Itch event at the same location, which featured performances from the Red House Painters, The Breeders and Pale Saints.