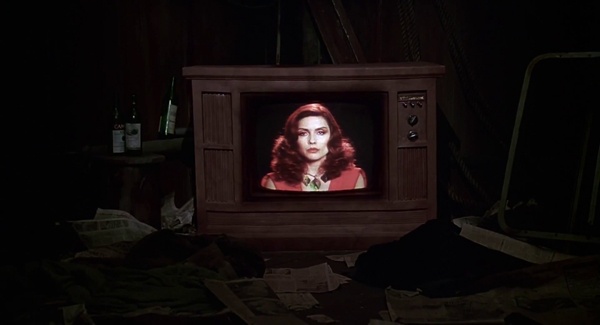 Join us for a screening of David Cronenberg’s 1983 surrealist sci-fi techno-horror, starring Debbie Harry and James Woods. Described by Andy Warhol as 'a Clockwork Orange of the '80s'.

When a TV CEO (Woods) stumbles across a broadcast signal featuring extreme violence and torture, he descends into deception, conspiracy and mind-control. He meets a sado-masochistic psychiatrist (Harry) and begins to lose touch with reality in a series of increasingly bizarre hallucinations.