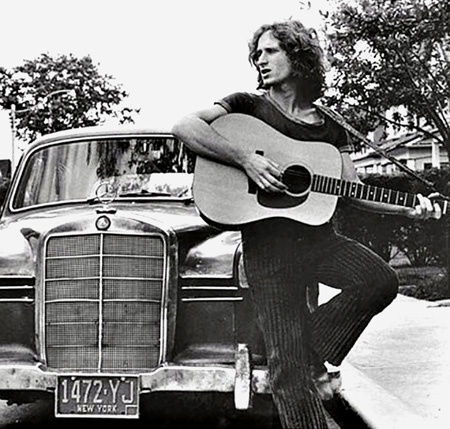 A special appearance by Philip Rambow and special guests presenting key songs and stories from his experience of the '60s and '70s music scenes in Montreal, New York and London.

In 1973 the Canadian-born Rambow emigrated to England and formed the Winkies. Their outlandish stage costume and high energy performances caught the attention of Brian Eno, who brought the Winkies on tour as his backing band in early 1974. After the Winkies disbanded, Rambow returned to New York and spent some time in the city's emerging punk scene.

Rambow returned to England in 1976, and assembled the Philip Rambow Band which included guitar hero Mick Ronson. His debut solo album Shooting Gallery featured contributions from Mick Jones of the Clash among others. Rambow was also making a name for himself as a songwriter, contributing material to Meat Loaf associate Ellen Foley's Night Out album, and writing A Star (In Her Own Right) for Nick Gilder. Rambow also co-wrote several songs with new wave darling Kirsty MacColl, most notably the irresistible There's a Guy Works Down the Chip Shop (Swears He's Elvis), and played guitar on her debut album Desperate Character.

Rambow resumed and ended his solo career with 1981's Jungle Law, and resurfaced to perform at the Kirsty MacColl tribute concert in 2002, and again in the Tribute to Kirsty concert at Shepherd’s Bush Empire on the 10th anniversary of her death. The live album of this concert (Union Square) and The Winkies (Cherry Red) album have recently been released on CD.